In the past, we have given you some of Toronto’s most underrated walking spots but we did a little digging and found some neat, secretive places that are probably worth the walk in Toronto. The good weather is finally here and while we’ve had a cool spring, the sun is now out in full force and you should really be walking as much as you possible could. In order to motivate you to go on that walk, today we’re giving you some cool yet secretive sights to check out. These are interesting sights that surely will not disappoint you. 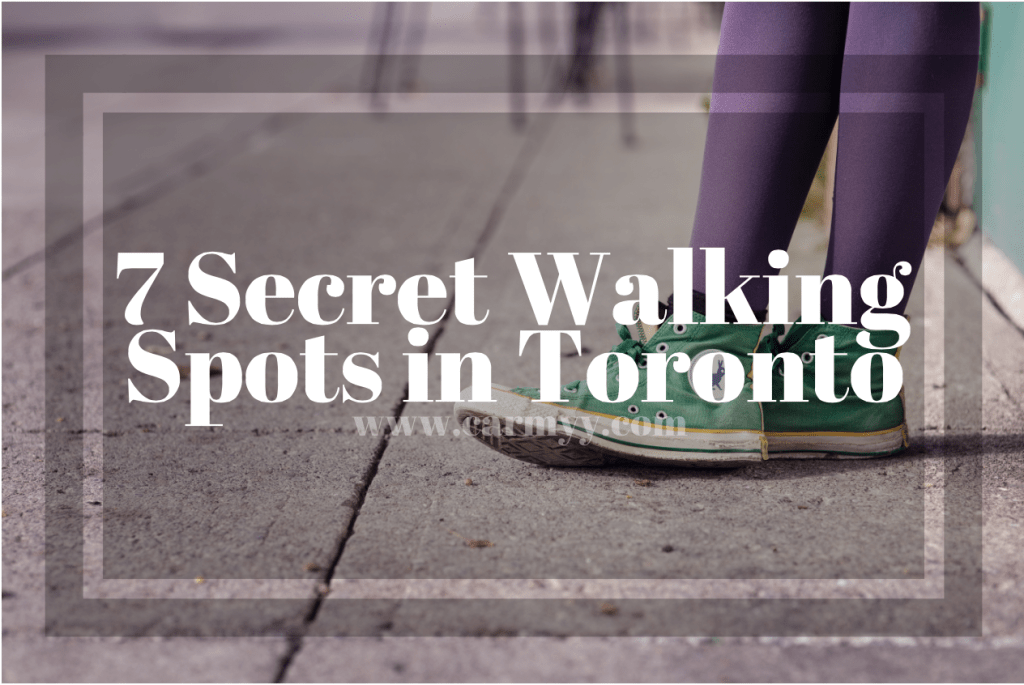 While it may sound a bit crazy that you’re going on a walk to find a rock, the Yorkville Rock is special. Located in Yorkville Park, the Yorkville Rock is an artistic element to the park made up of a 600-ton fragment of Canada’s glacial shield. This piece of the shield was taken from areas north of Toronto and it now sits above the roof of the subway system. The Yorkville Rock, as strange as it sounds, has received national and international attention due to its unique design.

Yes, it’s another crazy one as we ask you to take a walk to visit a water treatment plant however this isn’t just a water treatment plant. Constructed in 1932, the R.C. Harris Water Treatment Plant is constructed in an Art-Deco style and resembles a maximum security prison. It was created to make an architectural statement and it was also a famous movie set for comedies like Half Baked, Undercover Brother and numerous other films.

The Redway Road Staircase is a mysterious staircase located in Toronto that was supposedly built in 1929 to connect a road to a treatment plant. No one really understands why there is a staircase in the middle of the woods but it’s a great place to watch the leaves change colours during the fall. The Redway Road Staircase is truly a mystery as no one really understands its purpose or why it’s still maintained by the city but whatever the case may be, it’s still a pretty interesting gem that you should probably check out.

Located at the University of Toronto, the Thomas Fisher Rare Book Library consists of at least 700,000 volumes of rare books. This library is home to manuscripts from eras as early as the 1400s, therefore if you have an interest in history then this is the place for you. Much like the Redway Road Staircase, this library remains a mystery. It also consists of digitalized copies of manuscripts, however if you’re looking for some really rare historical documents then this is the place to go.

Located at 54 ½ St. Patrick Street is half a house, yes a whole house cut right down the middle. It’s a fantastic sight and often described as an optical illusion. Little is known about the half house on St. Patrick Street besides the fact that there was some sort of dispute with a land developer, who wanted to buy the entire house and the owner of the house. The owner of one half of the house wanted to sell it to the developer, while another owner wanted to stay put. As a result, Toronto has a half house located right next to a real estate development.

During the great famine of the late 1800s, 38,000 people fled Ireland to re-establish their lives in Toronto. At the time, Toronto’s population was just 20,000. Unfortunately, of the 38,000 people who left Ireland in hopes of a better life, 1,100 people died during the journey. In 2007, the city opened up Ireland Park, a beautiful memorial dedicated to the lives lost during this journey.

QOTD: Where do you enjoy walking?

This post was brought to you by HealthMax Physiotherapy Clinics. If you need help increasing your movement, function or working on your stretching, be sure to look them up!

DISCLAIMER: this is not a paid for or sponsored post.