A while ago, I wrote about FOMO and how we need to take FOMO out of consideration when signing up for races. Today, I’ll be listing other reasons that I won’t be signing up for a race. 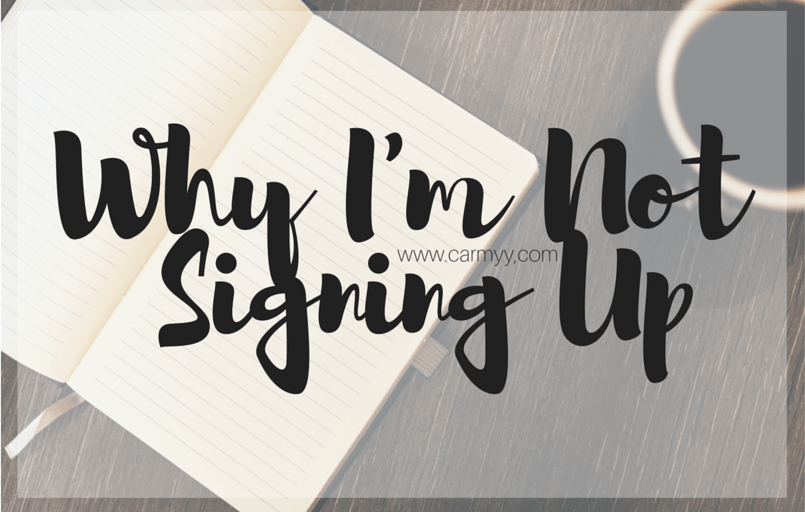 Guys, I have to draw a line somewhere. I’m not made of money! While I can justify a few once in a lifetime bucket list races such as NY but if it’s a local 5k/10k and the price is above $50, there’s a zero percent chance I’ll be willing to sign up. I tend to only sign up for a few goal races a year because it’s pretty hard to get me to part with my money. If I’m paying $100-$150 for a half marathon, there’s a good chance it’s be the only one (or one of two) I’ll race that year.

Okay, I’m not going to name any names here but there are a bunch of races just outside the city which is great for those living there but they don’t offer race day kit pick up. While I don’t mind going slightly out of the way for a race (okay, I kind of do because I don’t drive but usually I can bum a ride), if it’s going to take me half a day to venture out of the city to get my race kit then I’ll probably skip it.

Like I mentioned earlier, I’m not made of money. Little things like $5 processing fees to even sign up for your race is a deterrent. I understand that not all races can go through their own payment system but I rather not have to pay hidden fees. I’d even consider just wiring you money via PayPal to get around it!

4. Stretched too thinly with *swag*

If it’s a small race, I would prefer that instead of stretching themselves too thinly when it comes to swag, they should focus on one aspect. I really don’t care for medals or race shirts but I much rather have a good shirt than a poorly made shirt. Same goes for medals. I much rather have the cost of the race lowered if it means I won’t be getting an ugly top/medal. MEC is a great example of doing this well. They have $15-20 races with a bib, chip timing, no shirt, and no medal. Costs are low and they’re doing a great job holding efficient races.

Runners talk – it’s a pretty tight community where words spread fast. If the race has had a bad reputation of treating the volunteers badly, bad on course support, lack of marshals, and other such no-no’s then there’s a good chance I’m not signing up (ahem, Toronto Marathon).

QOTD: What factors into your race decisions?