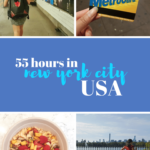 Oh how I wished I had more than 55 hours in New York City. There were so many museums and places I had wanted to see along with foodie spots I wanted to eat at that I’m already planning my trip back! Last week, the girls and I drove down to New York City from Toronto and here’s what we managed to fit into 55 hours! 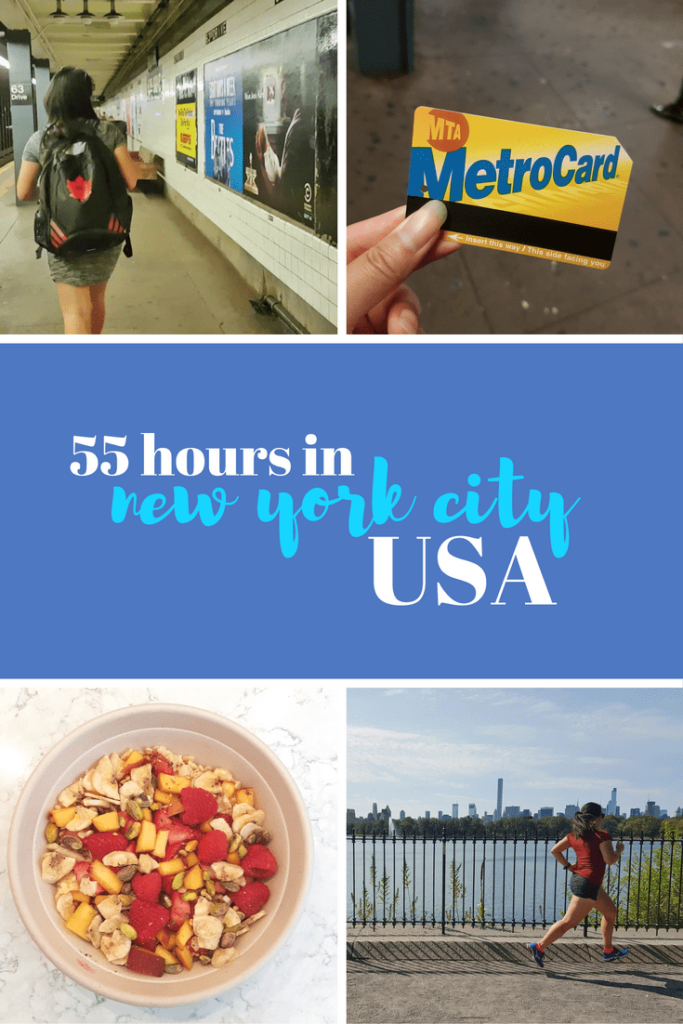 where we STAYED in New York

We ended up staying with a friend of Allison in Queens. We were so happy that we were able to save money by not having to pay for our accommodations. While this meant we were a wee bit further from Manhattan, it gave us the chance to ride the MTA! It was pretty fun checking out their subway system compared to Toronto (where we really only have two lines if we are being completely honest…).

where we WENT in New York

So we are totally suckers for a good touristy area. We went to Times Square and could not help ourselves when we saw the M&M store! After staring at all he flashing lights in awe, we ran to the M&M store to fill ourselves up with sugar. 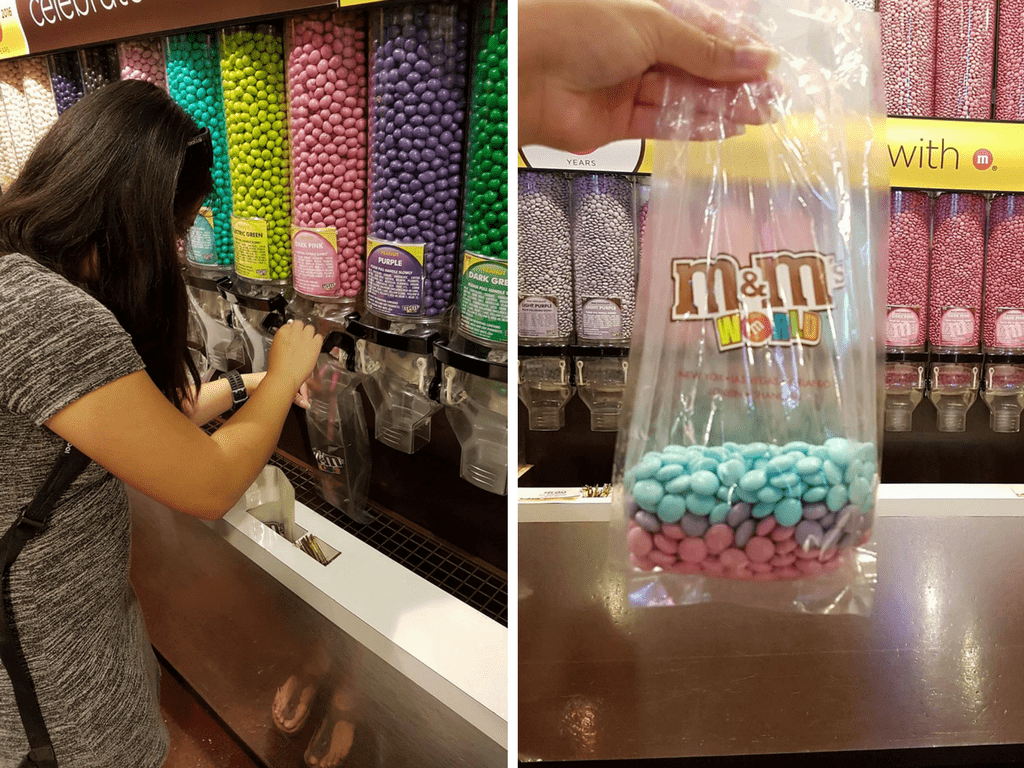 Because we had limited time in NYC and we were to spend most of Saturday watching the New Balance 5th Ave Mile race (where I got to meet Patty of Reach Your Peak!), we wanted to see the memorial no matter what. After that, we stopped by Brookfield Place Mall which was across the street. 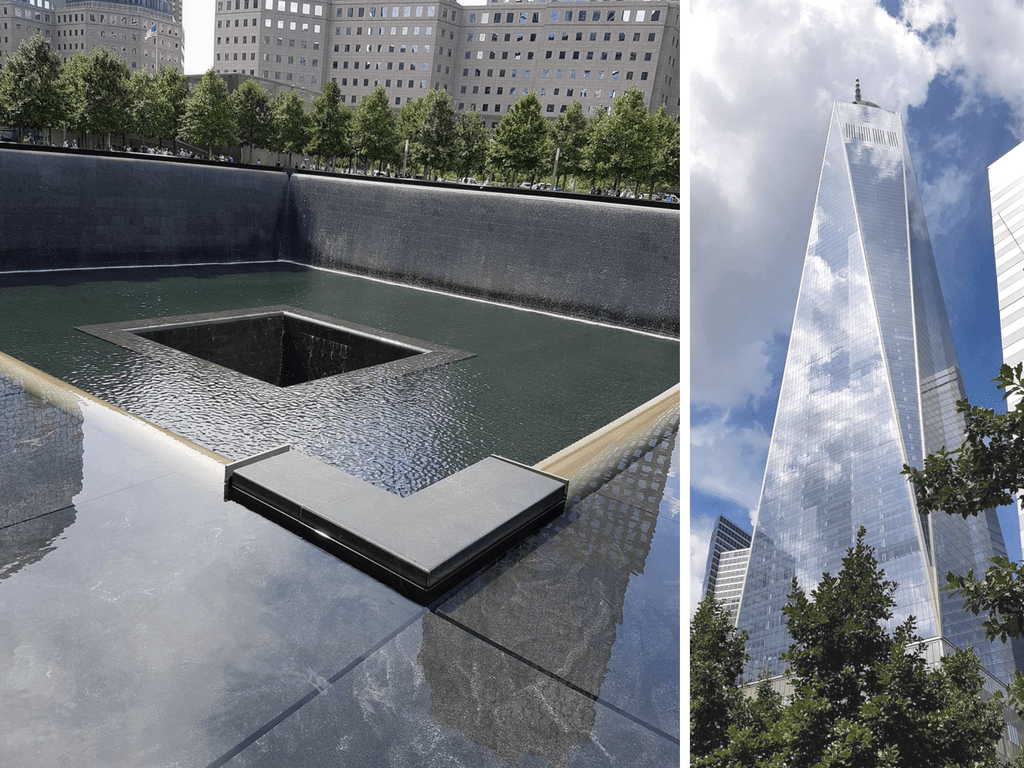 We went there on foot so we walked through Washington Square Park to get there. While Allison and I went round the park taking touristy photos, Michelle and Cathy went splashing in the pool. Major tip: keep some baby wipes in your bag! We had used the public washroom there and I ended up sharing Allison’s baby wipes in my bag with all the young ladies in line who needed to pee as the stalls were all out of paper! 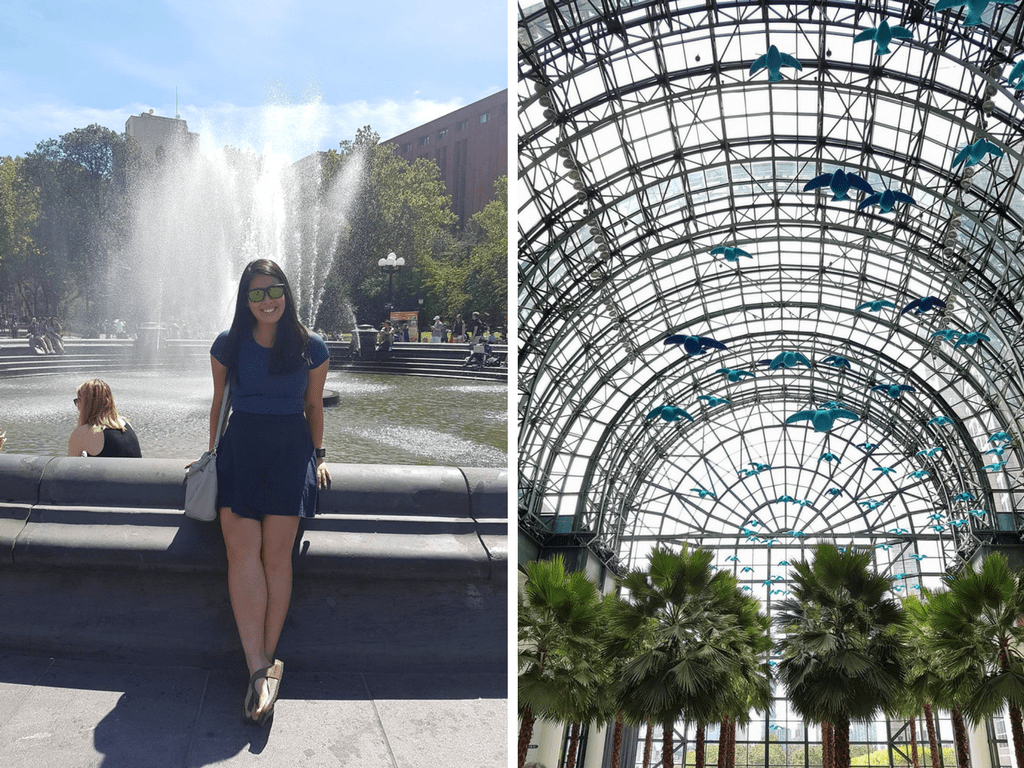 what we ATE in New York

We are not too picky as we did not have a list of places we wanted to go. A lot of what we ate involved us being super hungry and walking into the first place we saw! We had checked out City Kitchen while wandering around Time Square in the evening. Then we saw Kellogg’s NYC and ran inside super excited because we love our cereal! We ended up going back in the morning for breakfast and met up with Nicole from FitFulFocus! We also stopped by Bareburger and bought all the snacks from Target (oh how we miss you Target in Canada). 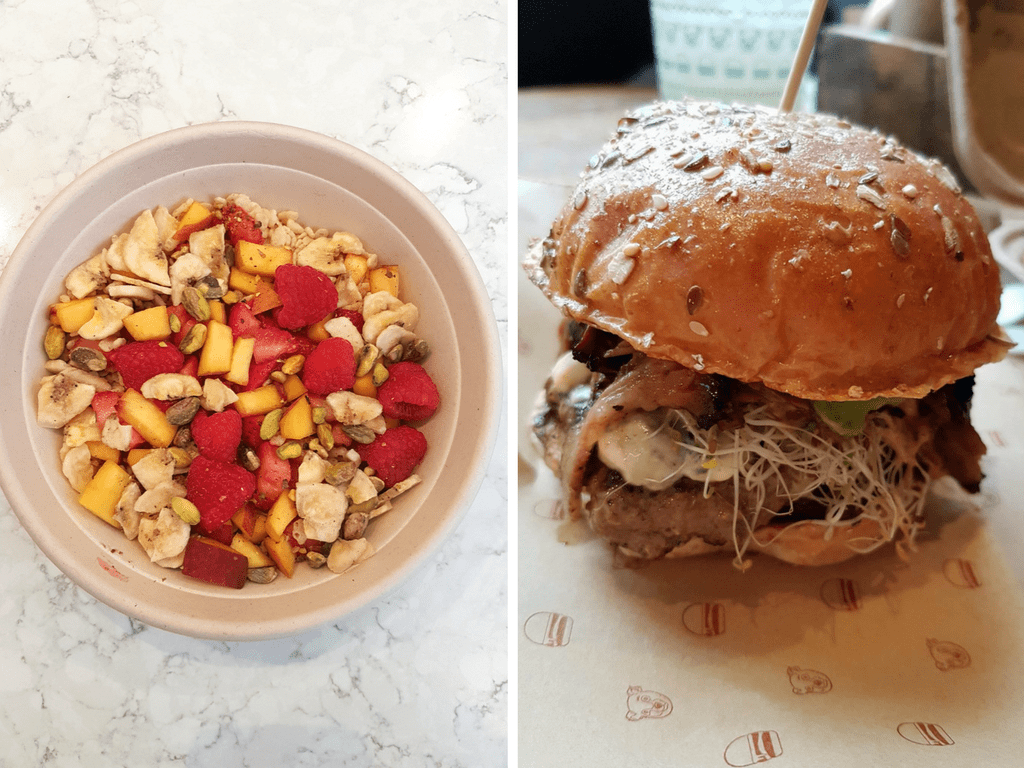 where to RUN in New York

And now onto the best part of the trip: running! Other than me sprinting up and down the mile on 5th with my bag filled with everyone’s stuff, we of course had to run through Central Park. I loved running through it! While the paths off to the side were super cute, I loved running on the running/biking path. It was very clearly marked so runners had their down up/down lane and cyclists had their own (and the horse drawn carriage had their own too!) and took us on a 10K loop around the park. It was hillier than expected but I loved how it was easy to enjoy the view and not stress out about the hill or distance. We also did a little running on the Brooklyn Bridge and the park under the bridge. The bridge is tourist central 101 so if you want to run on the bridge, go early! 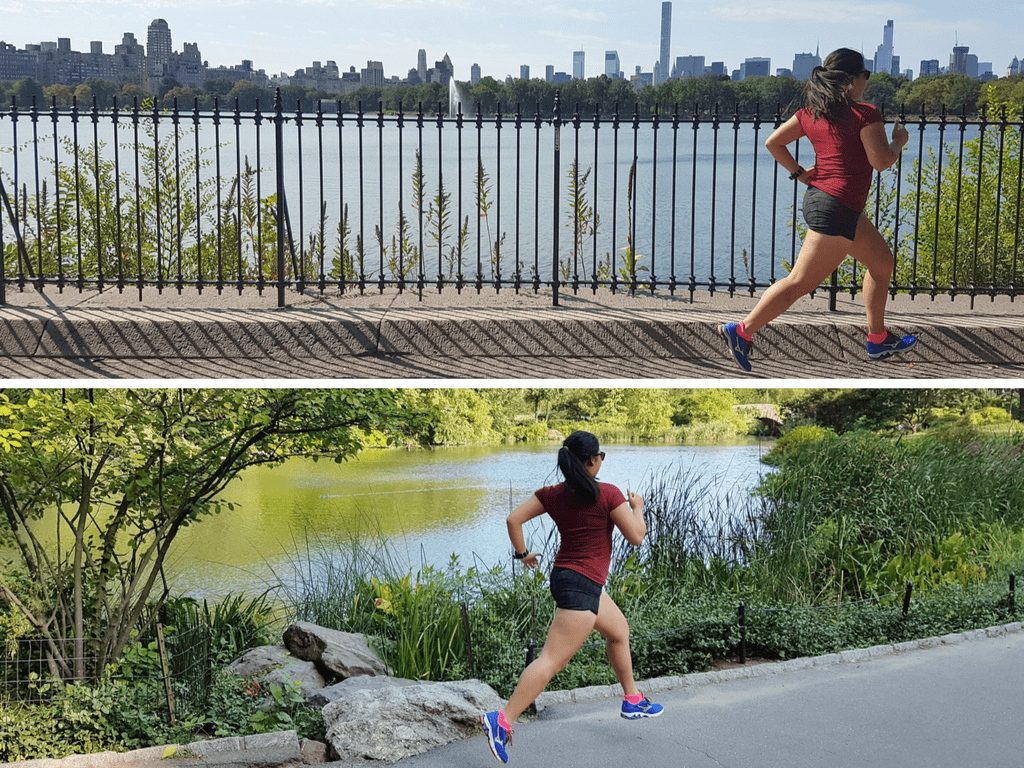 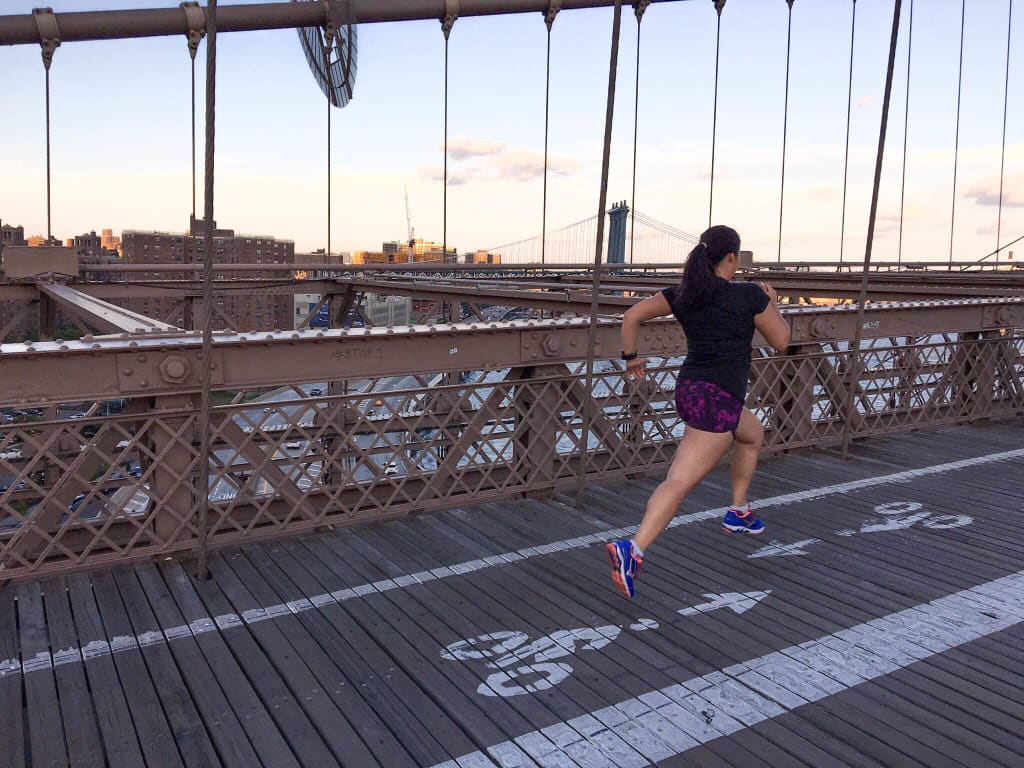 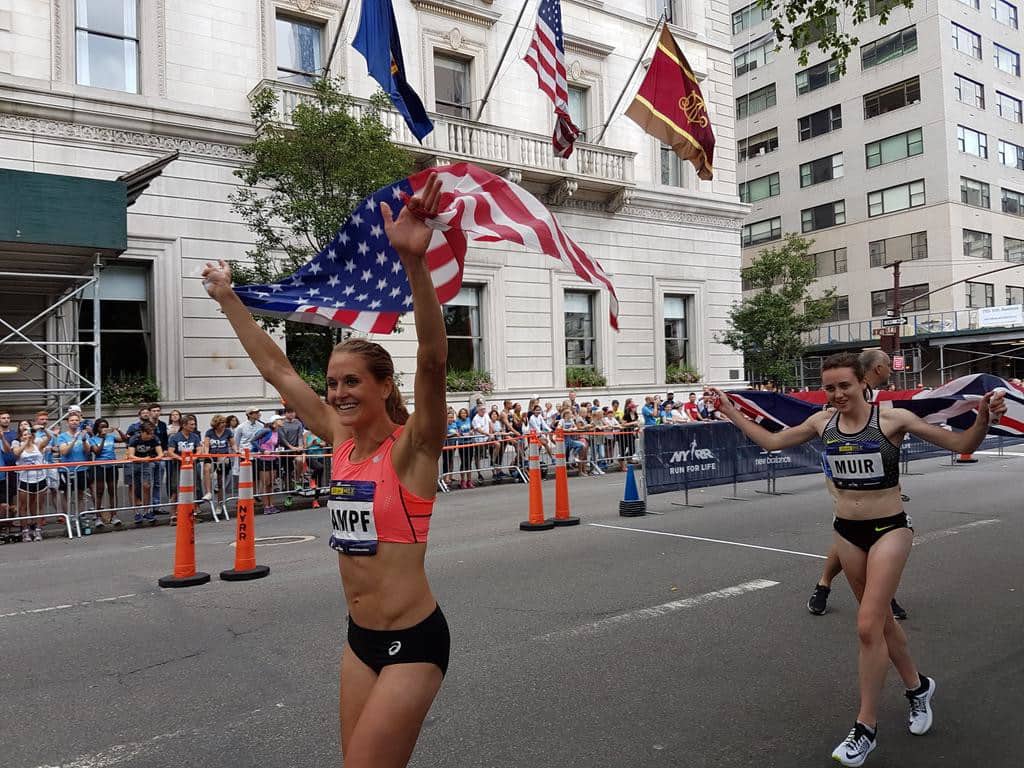 Have you been to New York? What’s your favourite thing to do there and place to run?

10+ Free Things to do in NYC – Carmy
For a Perfect Day, It’s in Queens all the way! – Dreams in Heels