To start off, thank you for everyone who encouraged me every step of the way from training to at the race by pacing me, as my friends ran past me, the Pace and Mind cheer station, and at the finish line. This was an important day for me and knowing that everyone believed in me really helped. 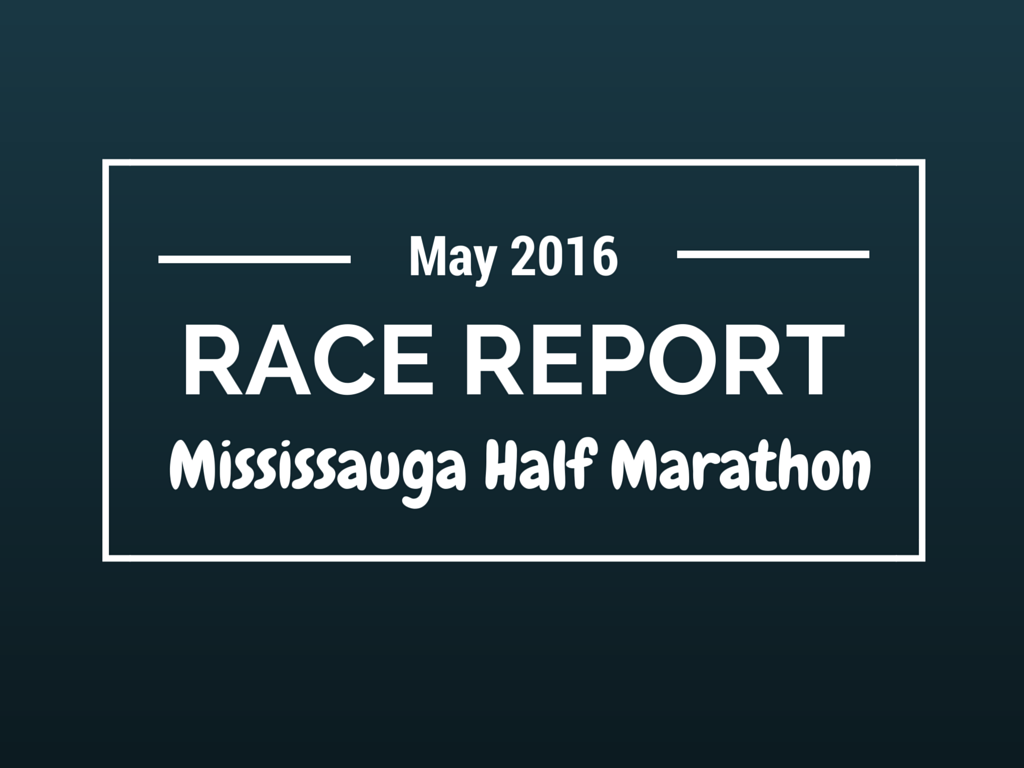 This was it. The Mississauga Half Marathon was the goal race for Spring. Training started November 28, 2015. And by training I mean doing 2-5Ks as I had taken time off to crosstrain after the pain in my post tib was too much to handle. It was a rough way to start the training cycle as I couldn’t get past 3K without pain and my physio kept disappearing! My A Goal was to honestly just get through the training cycle pain-free and not be injured (2 years/2 goal races derailed in a row). My B Goal was trying to finally get a sub-2 in the half distance. I wasn’t 100% sure of hitting my B Goal as I was pretty much starting from scratch mileage-wise but I felt that my A Goal was 100% in reach. While training for the half, I did a majority of my runs indoors on a treadmill as I didn’t want to do interval training in the snow. I became quite dependent on the treadmill for pacing and luckily, I had Michelle and Ben pace me throughout the whole race.

I had on my trusty Old Navy long sleeve, my favourite Lululemon Tracker shorts, Mizuno Wave Rider 12s and gloves, my Longboat Road Runner singlet, and Nike Run hat. The weather was around 6 (44) degrees with rain and wind and I didn’t want to have too many soggy layers on.

I woke up at 4:50AM and was totally ready to go. Had some peanut butter on bread, chugged some liquids and out the door we went. We carpooled up to Mississauga and parked near the start to avoid a shuttle-bus ride. 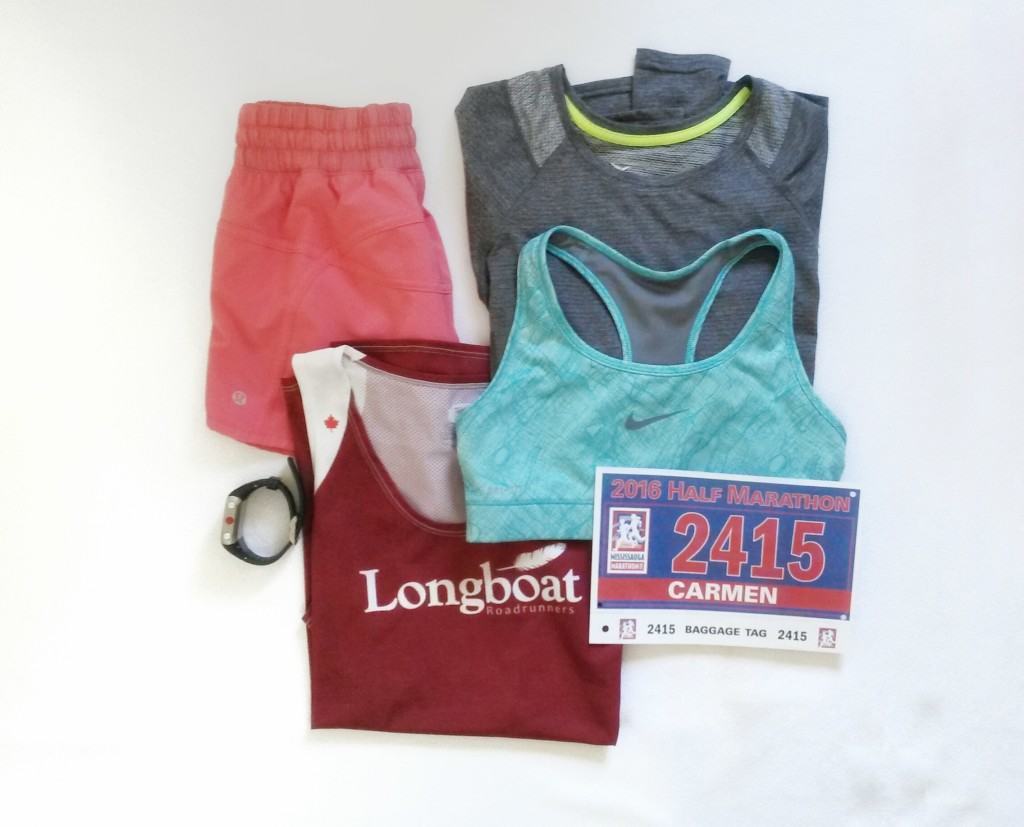 Before I break down my race, I’d just like to give a major shoutout to Michelle and Ben – despite you know, not being an Olympian chasing a sub60 half, the duo gave me the Olympian treatment. Pacing, wind blocking, Honey Stinger feeding, cheering, and water/Gatorade bringing! After I failed at the first aid station (only 4 volunteers at the first station!) to get a cup, Ben ran ahead every time to grab two cups for me so I wouldn’t have had to slow down. Girl could get used to this!

First half of the race went swimmingly. I was on target pace to hit a sub-2 half. I was feeling good other than having pins and needle in my right foot again similar to Oakville last week after 5K. I have no idea what’s up with that but I tried to ignore it hoping that it goes away. I was pretty close to kicking my shoes off and running barefooted and it finally went away around 17K. I was honestly feeling pretty good. It felt a little fast but it felt manageable.

Like I said, I was feeling good. Until I ran up the hill. And dear god was it the hills of all hills. Allison gave me her elevation chart so you can see for yourself. The hill definitely broke me as as I had mentioned earlier, I did a lot of training runs on the wonderfully flat treadmill. I unfortunately saw my sub-2 slip away as I went up that hill. Michelle held on to that goal though. She encouraged me (as I kept yelling at her haha, lots of I CAN’T) to make up the time on the downhills but they were rolling hills so with down, there was up. Michelle tried to coach me through it but honestly, I was just so done – my quads were on fire and I just didn’t want to move anymore. I was told the Mississauga course was beautiful and I’m sure it was but I spent most of the race staring at Michelle and Ben’s feet, trying to avoid looking up and seeing that I just had so much more left to go. To be honest, I mentally gave up after the hill – at that bump in the road, I just wanted it to be over, instead of thinking about how to fight back and hold on to that sub-2. That was on me and I fully accept that it was on me. 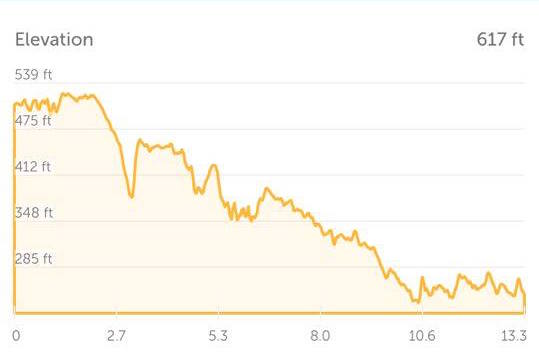 Lots of tears, lots of hugs, and just lots of emotion all around. I was so happy that we made it to the end of the race injury free. After two training cycles of being hurt, I was beyond happy with myself for getting to that start line and crossed the finish all in one piece. AND I didn’t end up in the medic tent! I could feel my calves seizing up in the last 300m during the sprint and I’m happy they held on!

I was also quite excited to meet a few folks for the first time like Paul from the blogging world and Caitlin from Instagram! 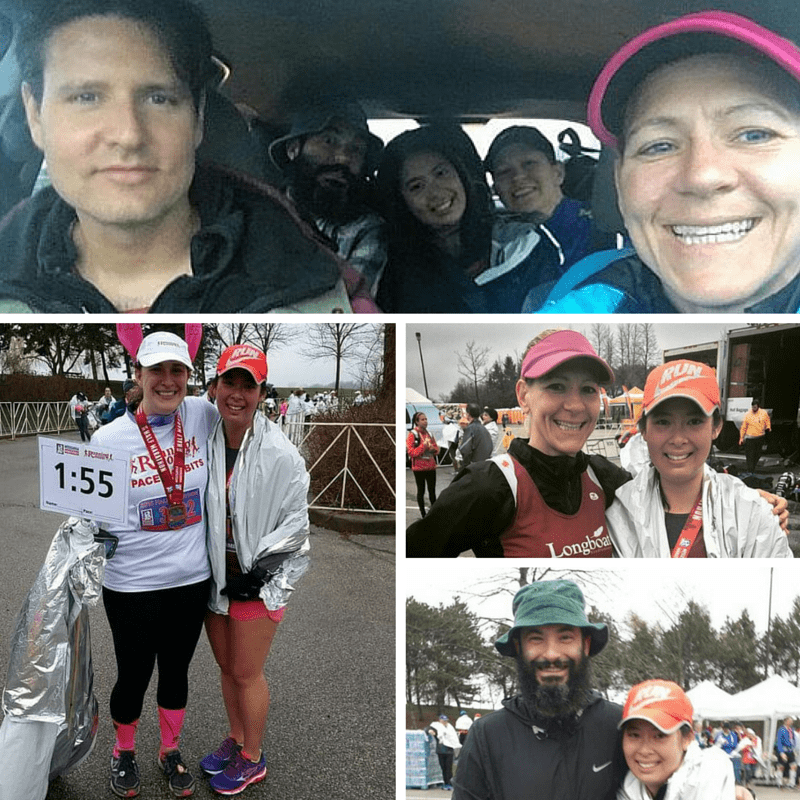 We ended up taking the (extremely well run) shuttlebus back to the start line (it was a point to point race, not a out and back course) and packed up to leave for some happy meals :) 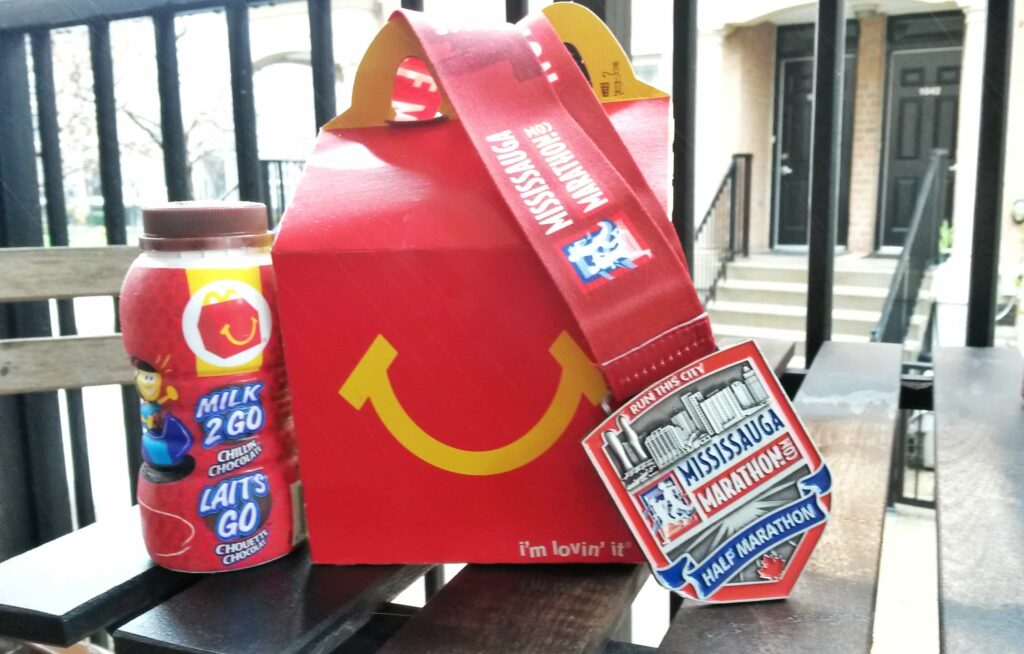 There were loads of port-a-potties and I was SO happy. I did not have to wait more than 5 minutes to get myself into a potty! That was pretty a first! Oh and each of them had a motivation quote posted inside! It was a nice touch haha.

After using the potties, we headed to the start line only to realize there weren’t any corrals. That was fine with me as we shimmed our way close to the front but it took a lot of maneuvering to get there.

While I know it is hard to get enough volunteers for the race, I really wished there were more on the aid stations. As I mentioned earlier, I failed at the first station as there were only 4 volunteers doing the best they could while there were 30+ runners moving in on them.

The expo was okay… they arranged the expo in a snake like formation so you would have to walk pass ALL the vendors before reaching bib pick up. I wasn’t a fan of that as I was going to look around anyways after I picked up my bib but being forced to look just bothered me. They did have a side exit so you can skip through the expo to get out. There were no “souvenir” items to buy like they have at the Scotiabank Marathon expo so I ended up going to a nearby UnderArmour outlet to pick up some shirts and a tank for 30% off!

Major thanks to all the volunteers and sponsors at Mississauga Marathon and race expo!

QOTD: Did you race this weekend? Toronto Marathon? BMO Vancouver Marathon? Eugene Marathon? Or just a long run? How did it go?